Gadgetsouq is reader-supported. As an Amazon Associate I earn from qualifying purchases.

Gaming at 1080p resolution is still very much popular today, the main reason behind this 1080p gaming standard is the high refresh rate or frames per second which is extremely manageable and brings the optimality of smoothness for AAA game titles. For this, we have assorted the best GPU for 1080p in this article today.

Now the question is “To whom this 1080p graphics card is for?”

Let me take you to a little depth of this 1080p GPU option. Firstly, 1080p monitors are the most accessible screens even in this 1440p to 4k gaming monitors prevailing competition. Partially, this is because most beginners really don’t want to spend on high resolution monitors so why go for anything higher than a 1080p graphics card. Secondly, yes these 1080p gaming does not really need to be over optimized nor requires a thick amount when upgrading comes to your graphics cards. Thirdly, you can play games at high graphic settings on 1080p which often can’t be achieved on 1440p or 4k without lag or tearing of the image.

Lastly, playing latest games with 1440p graphics cards or 4k, wouldn’t be able to get the most out of that particular game, which could be achievable on the same ladder though standing on a lower step, i.e the 1080p could really be able to bring.

If you are one of the gamers who is more interested in the buttery performance compared to what any high resolution gaming can offer, plus having a limited budget to spend, then a GPU for 1080p is a most wisest decision to make.

Moreover, if you are more concerned about your budget, the best graphics cards under 200 sound better for you. Similarly, for gaming enthusiasts who are more interested in virtual reality games or into VR headsets then VR graphics cards are calling your name. Apart from these gaming scenarios, if your domain of interest lies in editing videos and animation, then the best graphics cards for video editing and rendering are waving at you.

To be precise, this guide is focused on graphics cards for 1080p mainly. Hopefully, a fat justification to allow us to assist you in this matter. Without further ado and without losing our own track, lets move into the top ten best GPU for 1080p gaming.

1. Which graphics card is best for 240hz monitor?

240Hz refresh rate monitor are meant to serve for intensive graphics tasks, including the high potential gaming with high frame rates. Today, GeForce RTX 2080 Super and GeForce RTX 2070 Super, both are a great choice and are futuristic to perform very well for coming intensive games with huge frame rates per second. These GPUs are very powerful to accumulate the outcome of a 1080p monitor too.

In particular, 1080p gaming is the most approachable resolution everyone has on their table instead of monsterious high resolution monitors at their disposal. In this specific gaming, Radeon RX 5600 XT is the perfect to a heap of optimal frame rates which does not cost you too much to hit the aggressively high intense gaming occasionally. It is not only great in terms of price and 1080p gaming, but it also a nice graphics card for 1440p monitors which results significant difference in the gaming performance.

3. Which graphics card is good for 1080p for maximum settings?

There are so many graphics cards if you aim to perform at maximum graphics settings, but fewer are productive in the case of 1080p gaming with ultra settings. Though, the frame rates varies according to the types of games played with them. However, GeForce RTX 2060 is a great graphics card which is capable to maintain the ideal frame rate hit around 60FPS for almost all the games present in the line of competitive gaming.

If you are looking for budget graphics cards, this means you are vendering around mid range GPUs or low profile graphics cards mainly. in between, we would rather suggest mainstream gaming GPU for 1080p, that is the GeForce GTX 1650. This GPU cost you $165 and is capable to smooth down the creases for up to 60fps easily on high or medium settings depending upon the game you like to play for. Although keep in mind, this graphics card is strictly focused on 1080p gaming and is unable to render ideal graphics at 1440 or 4k.

5. Which graphics card is best for PUBG at 1080p on ultra settings?

With a suitable benchmark for PlayersUnknown BattleGround with 1080p on high settings, we have three great options; RTX 2080 Super, Radeon RX 580 and RTX 2060. These will individually capable to give 128.1fps, 90.7fps and 83.5fps frame rates per second on high graphics settings, respectively. 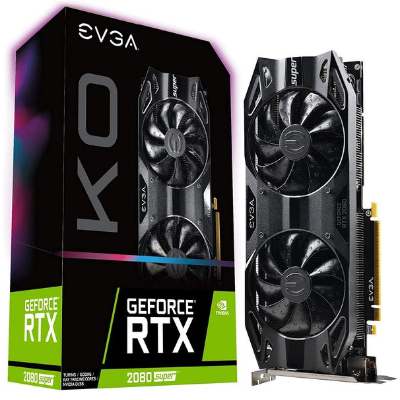 In a realistic and expert opinion, 240Hz refresh rate which means 200+FPS while playing any sort of game is a job not exclusively revolved around the graphics card. Your CPU and its processing speed along with the most powerful graphics card, together results in much higher frame rates. In short, we can’t say 240Hz and 240FPS is a graphics intensive task. However, talking about the best GPU for 1080p 240Hz refresh rate, EVGA GeForce RTX 2080 Super is really the super dooper video card, as far as CPU compatibility matters, we suggest Intel core i9 with 8 core or any other CPU with 8 Cores and up to 3.6Ghz processing speed, will be great to squeeze out maximum frame rates on ultra settings at 1080p resolution.

Tracking down the features of RTX 2080 Super, with 8GB memory speed and GDDR6 bandwidth, this GPU is made to perform at 4k and 8k. Whereas, since we want it to perform on high settings at 2k (1080p), you will get 185.0FPS, 206.6FPS on medium settings and 252.0FPS on low quality while playing the most demanding games. However, on ultra high settings at 1080p, this GPU will generate 104.4FPS, 110.8FPS, 111.8FPS, 128.1FPS, 138FPS when playing Assassins Creed: Origins, Metro Exodus, Grand Theft Auto V, PlayersUnknown BattleGround, Shadow of the Tomb Raider, respectively. Yet, playing Wolfenstein: Youngbloods, Doom Eternal and Wolfenstein II: The New Colossus, you will be lucky to have solid 200+FPS. 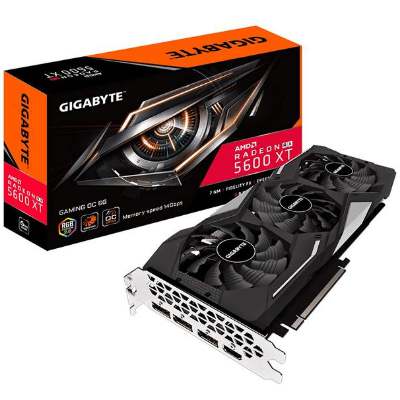 Gigabyte Radeon RX 5600XT has disclosed new areas to perform with great power and authority within the games even launched today. There are never ending game titles including most demanding games and a list to unleash the sophistication of mind blowing gaming with DirectX 12. With 6GB RAM and 288GB per sec memory bandwidth, it has 7nm processor, 104GPixel/s Pixel rate, 233GTexel/s Texture rate, and RDNA architecture are gether perform to deliver the ideal frame rates at 1080p resolution no less than the competitive level of gaming at 1440p. Its performance is somehow better than GTX 1660Ti and lower than RX 5700. But again being the best GPU for 1080p, Gigabyte Radeon RX 5600 Xt is enough to hit the ground with an explosion.

Further, if you aim to play at 1440, this GPU also outstand many of the graphics cards in the pipeline. It is a very affordable choice with a price tag under $300, making this one of the budget friendly GPU. Whereas it produces very low acoustic noise with its latest yet effective windforce 3x cooling alternative fans, which dissipates the heat from the components within no time. It is PCIe 4.0 supportive, unveils the next generation of Pc gaming. Consequently, moving towards its FPS strength at 1080p, on ultra settings, you will get 79FPS, 88.7FPS, 96FPS, 106.4FPS, 107.5FPS, 113.4FPS, 131.4FPS, 147.9FPS and 170.6FPS while playing Assassins Creed: Unity, Shadow of the Tomb Raider, Hitman 2, Far Cry: New Dawn, Far Cry 5, Battlefield V, Forza Horizon 4, Battlefield 1 and Wolfenstein II: the New Colossus, respectively. 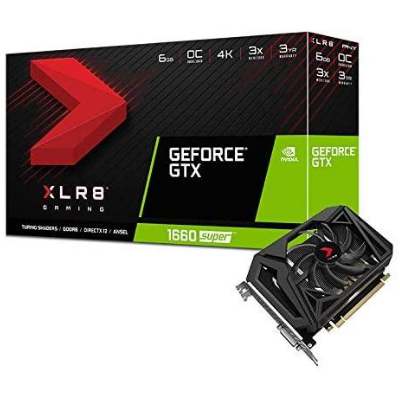 20% faster and more capable features stick along with GTX 1660 Super as compared to GTX 1660 founder edition, ensuring the gamer dive into true sense of gaming. It is an attractive component which doesn’t cost you a fortune but still a fortune in the aspect of virtual reality games. Although this GPU has less cuda cores but its 14Gbps memory speed and GDDR6 bandwidth is capable of performing for game enthusiasts the way they like it to. This single slot graphics card is compact in size and highly suitable for mini gaming PC or gaming towers with more components to hold other than just a graphics card. 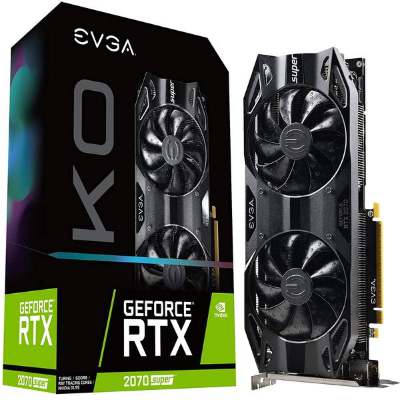 If you want to taste the real time ray tracing and want to step ahead of immersive gaming, then we don’t think anyone other than Nvidia Graphics cards could do any justice in this matter. Specially, RTX 2070 Super which is equipped with Nvidia premium features that suffices to push the gaming to another level. Being one of the best GPU for 1080p, EVGA GeForce RTX 2070 Super overkill the gaming at ultra and the price is comparatively higher for just 1080p gaming. Still, this graphics card is a nice bet which could bring high frame rates including the real time ray tracing in high demanding games. 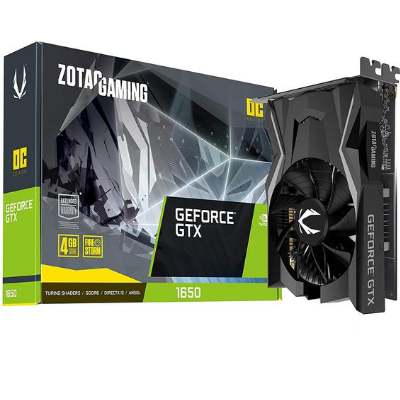 When your budget is too tight but you are so excited to hit the immersive gaming and want to beat your peers, Zotac GeForce GTX 1650 seems probably the perfect option for gaming at 1080p. Though you are not allowed to trigger up more than 1080p anymore because this is the best GPU for 1080p gaming on ultra settings. It is a mid range graphics card comparatively better than its rival Nvidia GTX 1050 with more Cuda cores, transistors and boost clock, so does the level of performance. GTX 1050 owns advanced Turing architecture, 12nm processing technology, 97 GTexel/s Texture rate and 55 GPixel/s Pixel rate, though with zero Tensor Cores. 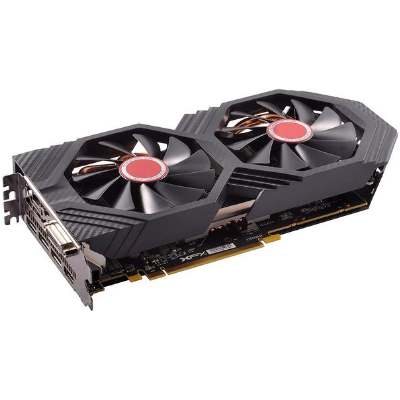 XFX Radeon RX 580 is pretty enough to work at 1080p for 75Hz refresh rate in particular. Under the cost effective analysis, Radeon RX 570 may seem a good option but performance wise Rx Radeon 580 handles popular games quite amazingly. On account of this, RX 570 can only bring 30FPS to 40FPS on average for AAA titles, but RX 580 has more frame rate to offer you for unlimited game titles comparatively. Being one of the best GPU for 1080p, XFX Radeon RX 580 is equipped with advanced Polaris Architecture, 14nm processing technology, 205 GTexel/S texture rate and 46 GPixel/s pixel rate. Not only this, but XFX Radeon RX 580 is great for virtual reality content and is compatible with most of the VR headsets circulating in the market today. 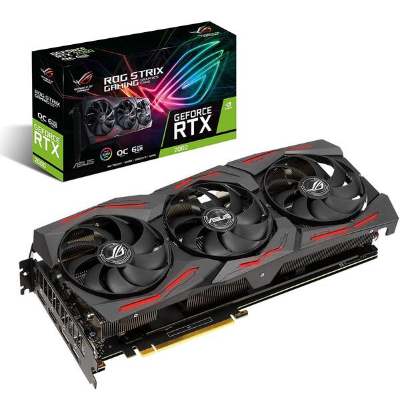 If you look closely PNY GeForce GTX 1660 Super and Asus Rog Strix RTX 2060 cost you almost the same price with same specifications, though GTX 1660 Super is well off for 60fps on 1080p and RTX 2060 gives a good scale for games at ultra settings on 1080p. Whereas with the same 6GB RAM and GDDR6 memory bandwidth, Gigabyte Radeon RX 5500XT which is the most latest graphics card of 2022, is less expensive as compared to both the video cards mentioned above. Although making a pick between the three of these seems tricky but if only you have never admired to play on medium or low graphics settings, then Asus Rog Strix RTX 2060 is the option you must go for. This video card was released one year back to RX 5500XT, it owns 12nm processing with Turing Architecture, 205 GTexel/s Texture rate, 82 GPixel/s Pixel rate and 240 Tensor Cores.

Given above is the most authentic yet best GPUs for 1080p gaming for 2022, which are tested on multiple games at high, medium and low graphics settings. Pick the one which suits your criteria and budget, although, if you need an extra hand to bring this decision on ease, then you are all set with the comprehensive guide for buying a graphics card, prepared under the light of the knowledge of our IT experts. However, you can even knock our door for more recommendation and assistence by making a comment or just email us directly.

We may earn a commission on a qualified purchases through our site’s links. 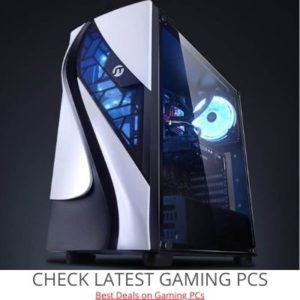 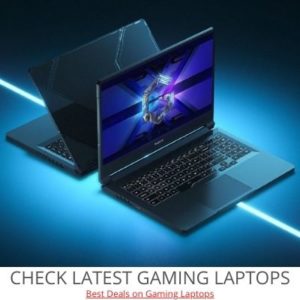 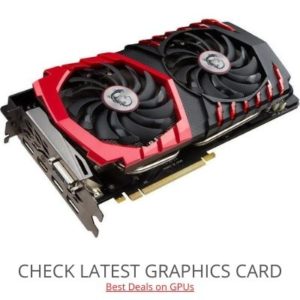 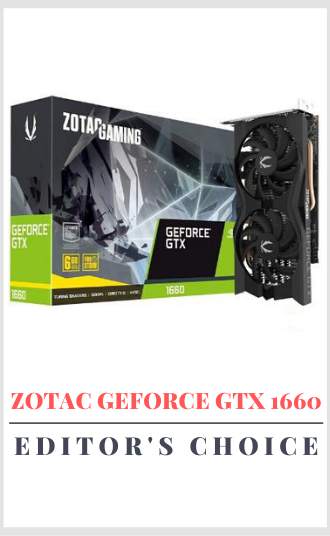 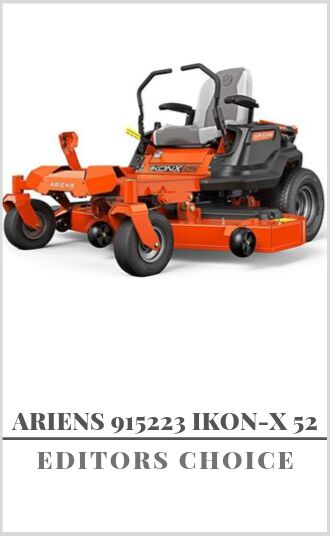 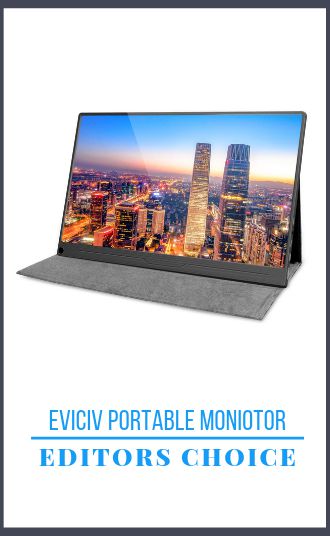